Gishwati Mukura National Park is situated in the northwestern part of Rwanda near the towns of Rubavu and Karongi, it is found in the Rutsiro and Ngororero districts covering an area space of 35.5 square Kilometers, Gishwati is newest of conservation protected areas of Rwanda gazette recently in 2016 managed under the Rwanda Development board, it is placed at an altitude between 2000-3000m above sea level. The park is one of the few remaining places in Rwanda with a rich biodiversity of the great Albertine region along the Congo Nile basin offering beautiful scenic views, the natural conservation area extends to the Mukura national game park both of which have a terrible history of degradation for human settlements, clearance pf the forest area kept going forward for instance during the 1930’s the forest ran up to 700 square Kilometers but is now only at approximately 6 kilometers squared hence the need for conservation which has resulted to an extension of the park area. 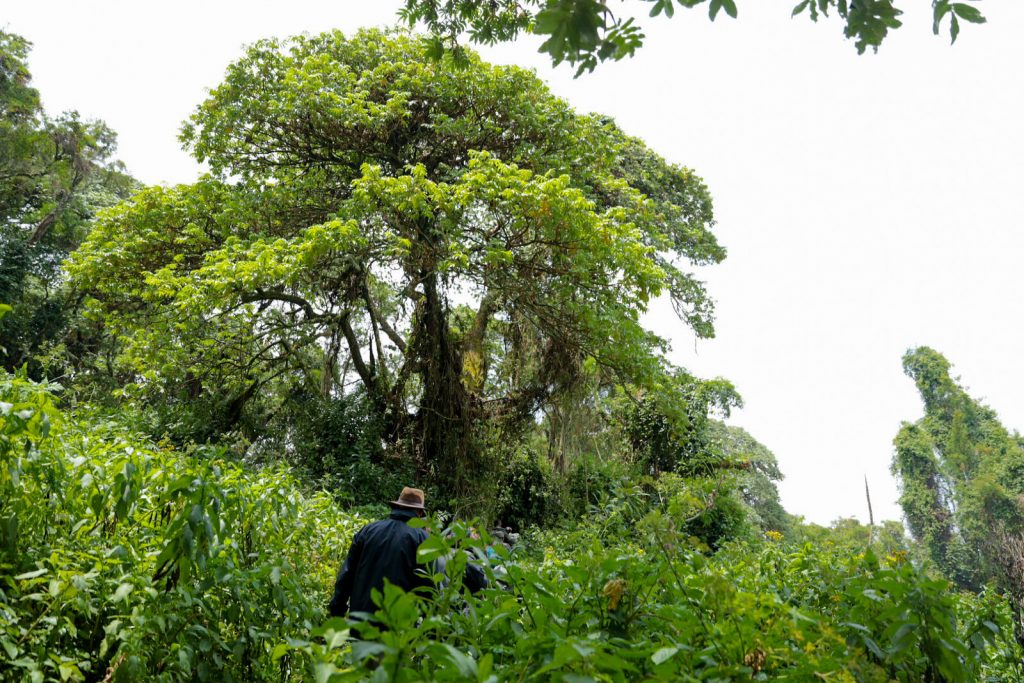 Gishawti national forest was established as a national forest, the two parts of the protected used to inter connect with other Rwandan national parks, Nyungwe forest national park to the south, Lake Kivu connecting to the Volcanoes national park in the northern part of Rwanda however the forest web system was fragmented by the increasing population of human kinds and the need for settlements which has greatly led to depletion until the restoration process began, the Mukura forest was part of the web extending also to the northern volcanoes it was gazette as a national game reserve by 1951.

The vegetation of Gishwati Mukura National Park is characterized by the mixed forest, bamboo forest, swampy forest and the grassland there a variety of tree species including the hagenia abyssinica, giant tree fans, Carapa grand flora, Harungana Montana, Prunus Africana, and many more are common species of the national park, these have been very persistent to any conditions with great ecological functions in the forest, the carapa Grandi flora- known to the locals as ‘Umushwati” is dotted almost everywhere in the park hence naming it after the tree species.

Attractive features of the national park are the animal composition mostly primates, beautiful birds and nocturnal species, present animals of the park include the chimpanzee ( there are 25 chimpanzee recorded in the national park,  an adult chimpanzee weighs up to 65 kilograms, they live in communities of upto 20 members and are highly social animal species, they are believed to share upto 98% of the human DNA, being careful while walking under the trees in the park would be wise because these relatives of ours are totally messy eaters ), golden monkeys,(they acquire their name from the outstanding color of gold they have, they live in the bamboo forest of the park, this is one second place to find the Golden monkey after the Virunga volcanic area region including that of Uganda), L’hoest or white cheeked monkey is a common species to sight during a visit to the national park, there are more than 13 groups of the monkey amounting to 150 individuals in the troops, besides primates, other animals like the side stripped jackal, servaline gent, serval, African civet, forest frogs, and the Ruwenzori sun squirrel , reptiles like the great lake bush vipe, three horned Chameleon are residents of the park. The key attractions of the park in a simple list main attractions include chimpanzee and Golden monkeys.

Trails and waterfalls are some of the main attraction of the conservation area, along the trails travelers can enjoy performing activities like hiking, bird watching, waterfall views, three trails have been established for ease in touring the park these include the waterfall trail- accessible from Kivu belt road and the Nteko ranger post the 7 kilometer trail is simplest of the routes to take while in the national park, Umushwati trail, a tourism zone an 8 kilometer trail, includes the western part of the park, it leads to beautiful waterfalls of pfunda , the Gishwati community trail is a one day hike through communities, enabling an interaction with the natives, the waterfalls are naturally placed in different parts of the forest, it is blessed with outstanding beauty and uniqueness,

The community based projects like honey and beekeeping, pastoralism, traditional dancing handicrafts, traditional medicine, home stay, are a great time to experience culture in Rwanda, these is much exploration and discovery, these projects contribute so much to the park conservation the best performances are done by the Indashikirwa cultural association, the members of this associations used to live within the forest area but were evicted due to conservation purposes, this gives them a much better understanding of the forest.

Gishwati national park receives quite a good number of visitors compared to Nyungwe forest national park, it is well placed with a good weather suitable for tours, one of the main reasonsof visiting the park is because it had lost many of its natural resources to refuges that had been settled in the region following massive tribal wars that occurred in Rwanda in the 90’s these too advantage of the forest and greatly exploited it with so much deforestation, soil erosion and other environmental degrading factors, government of Rwanda put together efforts with other environmental organizations to ensure the well ness of the park, as a result the conservation area has greatly improved and added on size.

There are so many things to do in Gishwati- Mukula national park offering visitors a number of activities that have been made possible by the presence of the tourism attractions of the park area, primate tracking, there are a number of primates in the park whose number has been increasing so much following conservation policies, expect to see chimpanzee, golden monkeys, blue monkeys, l’hoest or white cheeked monkey, the chimpanzee are still undergoing Habituation process this is a time to enable these human like primates to stand the presence of humans and continue doing their day to day activities, guided and hiking nature walks, the park leaders have ensured the forest is well distributed with forest trails that enable successful hikes, enroute are very angelic waterfalls that are breath taking, the beautiful song birds will highlight the tour creating moments that will last forever.

Gishwati National park has a better weather compared to volcanoes national park and can be visited all throughout the year, it is placed in between mountains that over shadow give it one of the most amazing safaris. Being a mountainous region Rwanda enjoys a cool and sunny tropical climate and visiting the park can be done anytime during the year. Your dress code while to the park should match the seasons for example the lighter clothes should be brought during the dry seasons and heavy warm clothes for the rainy season. There are accommodation facilities around the park the camps are located at Kinkanda, Satinski and Gatenga villages.