Kyambura Wildlife Reserve is located in Queen Elizabeth National Park second largest conservation area in Uganda a popular destination with a diverse eco-system it lies within the park and home to primate species especially the chimpanzee they live deep within the rain forest and visitors term it to be the special rare and unique part of Queen Elizabeth National Park, this is a whole world of its own in another world.

The game reserve is a very important water source for many animals surrounded by the savannah, it acts as an oasis in the desert for the park during the dry seasons it’s the only place where animals can run to for refreshment during the dry season, water flows from the rocks keeping the reserve ever green all throughout the year. 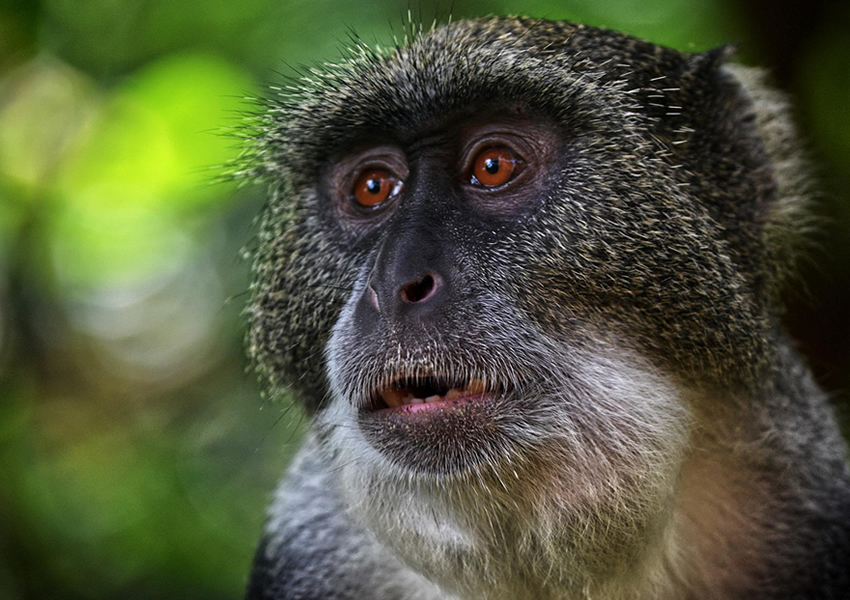 The game reserve is the only place you can find chimpanzee habituated in Queen Elizabeth National Park, they are up to 98% DNA resemblance’s closet to mankind, they are social very communicable species and intelligent trapped in this lost world over 15 years ago it was cut off from the rest of the park leaving the chimpanzee imprisoned here, they even have a habit of coming down trees ounce they see visitors  coming around this will give you a perfect time to take excellent pictures of the chimpanzee, tracking is only in the gorge.

Other primates found with in the game reserve include vervet monkeys, black and white colobus monkeys, baboons, red tailed monkey, giant forest hogs, and other animas it is also home to various species of birds for example the blue headed bee- eater, falcons, African fin foot, king fishers, and beautiful butterflies on the floor of this game reserve.

The Kyambura Wildlife Reserve makes a beautiful boundary separating the game reserve and queen Elizabeth national park in fact most visitors that come to the park miss out on the game reserve because it is a hidden treasure, it is drained by a river that flows off the Kichwamba escarpment and into the Kazinga channel at Katunguru, its best for experiential tourism.

The chimpanzee in the gorge are the second attraction in Queen Elizabeth National Park after the tree climbing lions the Kyambura lies on the northern side of Queen Elizabeth National Park, stretching over 16km south of lake George, approximately 7 hours’ drive from Kampala accommodation is available ranging from luxury to budget for example park view lodge, king fisher camp, buffalo safari lodge among others.

The park is accessible all year round but the best time to visit is during the dry season in the months of December to February, late June to September, it is advisable to carry boots, repellents, long sleeved shirts and trousers for safety purposes.

On a trip to Queen Elizabeth National Park, one shouldn’t miss out on the gorge it is a unique place separated from the rest of the park, you will have chance to see the tree climbing lions and also chimpanzee with in the same conservation area, encountering more game like elephants, bush bucks, waterbucks, topi among other animal species in Queen Elizabeth National Park.